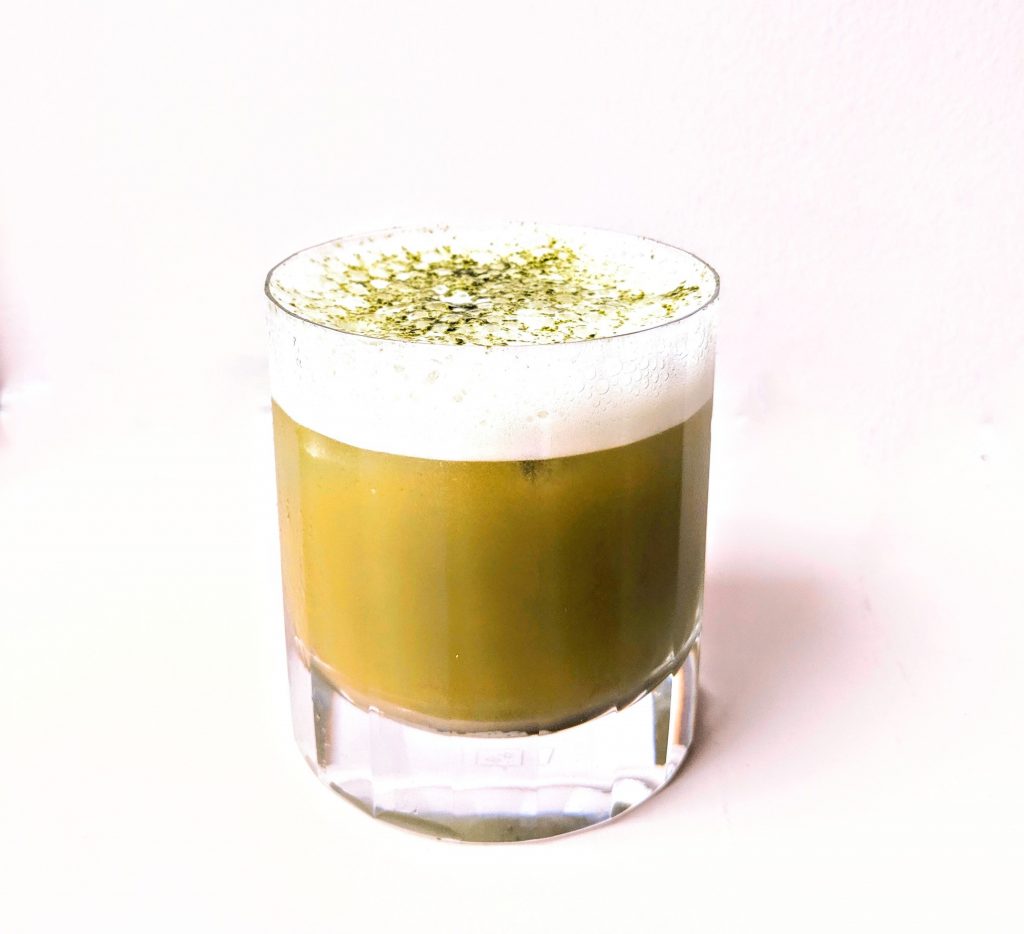 The Cotton Club is one of those drinks you need to try if you’re in the mood for something heathy-ish! This fruity matcha cocktail will literally blow you away while also introducing your tastebuds to one of the most underrated spirits around: genever.

I came up with this cocktail while working on a menu for the American bar at the Gleneagles hotel.

The bar itself is very heavily inspired by the roaring twenties, because of this, I wanted to celebrate key figures, places and facts from that time in history…And sometimes I like to make up cocktails that make people think.

What was the Cotton Club?

The Cotton club was a very popular nightclub in Harlem, New York operating between 1923 and 1940. It is most famous for being at the center of the Harlem Renaissance, as it regularly featured some of the most famous jazz musicians and entertainers of the times. I’m talking about the likes of Luis Armstrong, Billie Holiday, Bessie Smith, Duke Hallington, Lagston Huges…and this is just to give you an idea, the list actually goes on and on.

How great! so what was the problem then?

Well, to start with, the club was run by a mobster’,  Owney Madden – also known as ‘the killer’- who used it as the main way of selling his beer during prohibition (..talk about good marketing!) and to be fair, this is not surprising or unique in any way…

The real bad part of it is that, despite the fact that the popularity of the club was owned to mostly black musicians and entertainers, black people weren’t allowed in the club as patrons and the club sponsored a racist depiction of black folks with its ‘theme’ being the one of a ‘stylish plantation’.

Thankfully times have changed, and this cocktail wants to be a way of celebrating the immortal music and art that came out of the Cotton Club. 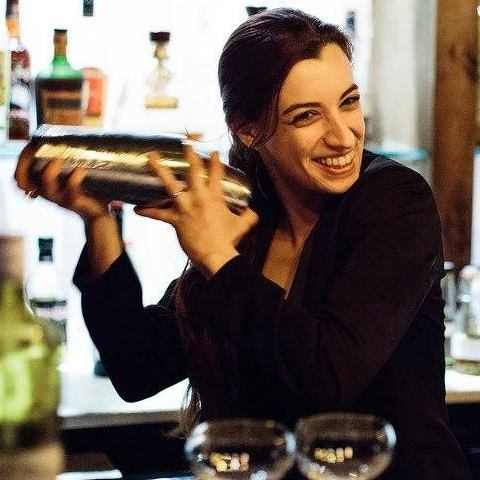 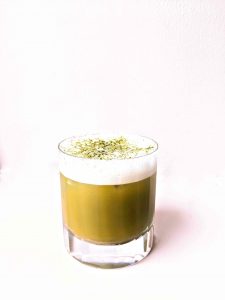 I usually describe Jenever as a gin for whisky drinkers: in fact, it is produced from distilled malt wines which are then flavored with juniper and other botanicals. Some Jenevers get also aged in oak barrels for a few years. You can then imagine how the malt base and the optional ageing in wood, combined with juniper goodness make this spirit the best of both words!

King’s ginger liqueur is a ginger liqueur from the Uk. I like it because being bottled at 41% abv really packs a punch and it’s neither overly sweet or overly spicy, just perfectly balanced.

It was born in 1903 as a warming tonic for King Edward VII, who enjoyed driving his car in all kinds of weather, making everyone worry about his health. The liqueur was actually commissioned by the royal physician, who’d give the king a bottle to sip on while driving!

*For the Matcha orgeat, simply dissolve half a teaspoon of matcha powder in 300ml of orgeat syrup.

So, here we go, what did you think of this matcha cocktail? Will you be making it at your next party?

Let me know in the comment section below and do share this rum punch recipe around if you liked it!

Home bar essentials : basic spirits you need When you’re just starting to build up your home bar and spirit…

Artist's special We all know that the 1920s were a time of contrasts. Prohibition in the US, war in Spain…